Hi all! After a long break (again!), this time im bringing back some old memories with the latest retro toy from the Power Rangers Series. As the title holds, Titanus is a carrier zord for the Power Rangers with the ability to combine with the other Zords (Megazord and Dragonzord) to form the Ultrazord. Besides being able to combine, Titanus also has its attack mode for which can blast cannons from its uplifted tail and from its mouth. 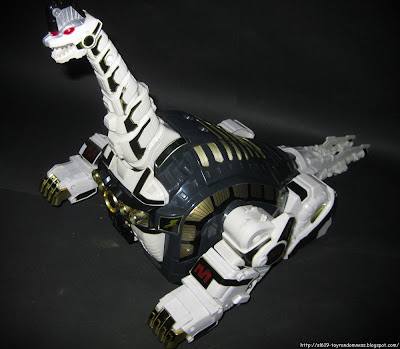 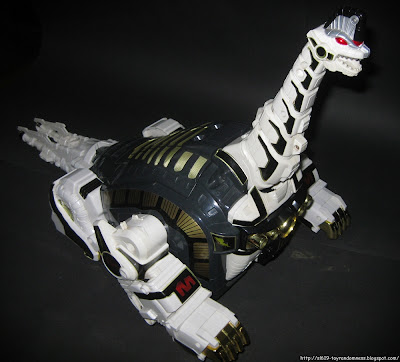 It has been with me for about 15 years so the plastics are starting to yellow out if you seen it for real. Photos can really hide the truth. ^^ 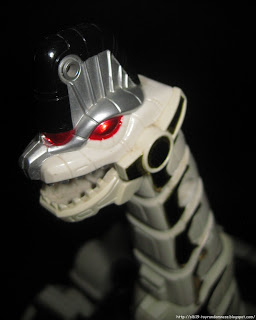 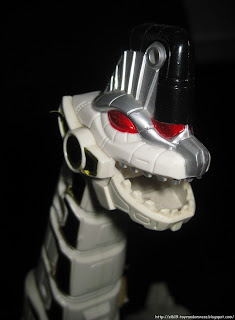 What I like most of the Titanus are those red glowing eyes. They are so menacing and kinda make it looks more like a baddy than a goodie-2-shoe. Too bad they didnt include led lights up for this beast during that time. 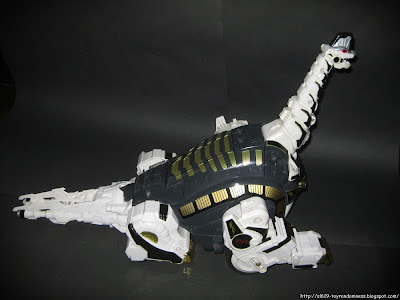 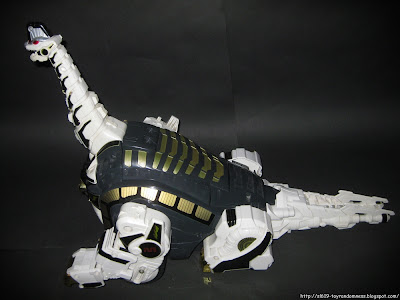 Really looks like Brachiosaurus from this angle doesnt it? 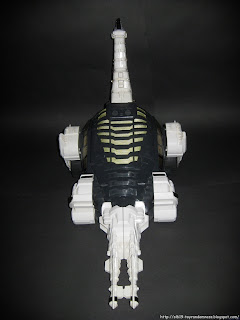 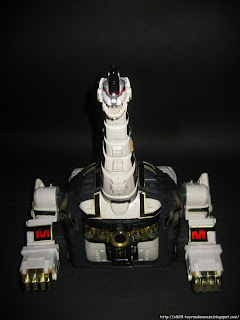 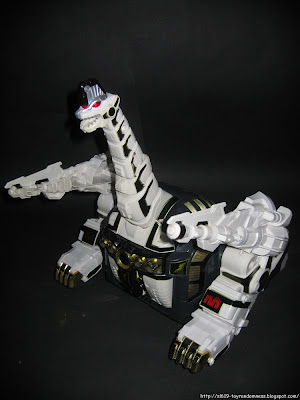 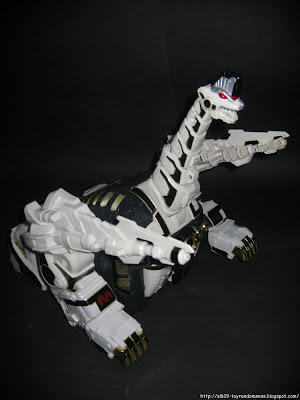 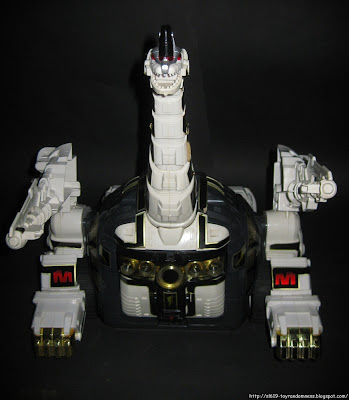 Titanus is also able to walk on its own with the help of batteries and its cannons can waver up and down which is real cool! Watch it from its commercial below>>>

It's really a big and chunky toy to have with nostalgic values embedded though only for us young adults as i don't think the new generation even know what is this anymore~ =p
Till the next post!
Posted by sl619 at 1:10 PM